Home » Management » You are reading »

Throughout the years, the role of a manager has changed. Years ago, managers were thought of as people who were “the boss.” While that might still be true today, many managers view themselves as leaders rather than as people who tell subordinates what to do.

The role of a manager is comprehensive and often very complex. Not everyone wants to be a manager, nor should everyone consider being a manager.

A DEFINITION OF MANAGEMENT

Some would define management as an art, while others would define it as a science. Whether management is an art or a science isn’t what is most important. Management is a process that is used to accomplish organizational goals; that is, a process that is used to achieve what an organization wants to achieve. An organization could be a business, a school, a city, a group of volunteers, or any governmental entity. Managers are the people to whom this management task is assigned, and it is generally thought that they achieve the desired goals through the key functions of (1) planning, (2) organizing, (3) directing, and (4) controlling. Some would include leading as a managing function, but for the purposes of this discussion, leading is included as a part of directing.

The four key functions of management are applied throughout an organization regardless of whether it is a business, a government agency, or a church group. In a business, which will be the focus here, many different activities take place. For example, in a retail store there are people who buy merchandise to sell, people to sell the merchandise, people who prepare the merchandise for display, people who are responsible for advertising and promotion, people who do the accounting work, people who hire and train employees, and several other types of workers. There might be one manager for the entire store, but there are other managers at different levels who are more directly responsible for the people who perform all the other jobs. At each level of management, the four key functions of planning, organizing, directing, and controlling are included. The emphasis changes with each different level of manager, as will be explained later.

Planning in any organization occurs in different ways and at all levels. A top-level manager, say the manager of a manufacturing plant, plans for different events than does a manager who supervises, say, a group of workers who are responsible for assembling modular homes on an assembly line. The plant manager must be concerned with the overall operations of the plant, while the assembly-line manager or supervisor is only responsible for the line that he or she oversees.

Planning could include setting organizational goals. This is usually done by higher-level managers in an organization. As a part of the planning process, the manager then develops strategies for achieving the goals of the organization. In order to implement the strategies, resources will be needed and must be acquired. The planners must also then determine the standards, or levels of quality, that need to be met in completing the tasks.

Short-range or tactical planning is done for the benefit of lower-level managers, since it is the process of developing very detailed strategies about what needs to be done, who should do it, and how it should be done. To return to the previous example of assembling modular homes, as the home is nearing construction on the floor of the plant, plans must be made for the best way to move it through the plant so that each worker can complete assigned tasks in the most efficient manner. These plans can best be developed and implemented by the line managers who oversee the production process rather than managers who sit in an office and plan for the overall operation of the company. The tactical plans fit into the strategic plans and are necessary to implement the strategic plans.

Contingency planning allows for alternative courses of action when the primary plans that have been developed don’t achieve the goals of the organization. In today’s economic environment, plans may need to be changed very rapidly. Continuing with the example of building modular homes in the plant, what if the plant is using a nearby supplier for all the lumber used in the framing of the homes and the supplier has a major warehouse fire and loses its entire inventory of framing lumber. Contingency plans would make it possible for the modular home builder to continue construction by going to another supplier for the same lumber that it can no longer get from its former supplier.

There are many ways to structure an organization, which are discussed extensively in the articles referred to previously. It is important to note that the choice of structure is important for the type of organization, its clientele, and the products or services it provides—all which influence the goals of the organization.

Some managers direct by empowering workers. This means that the manager doesn’t stand like a taskmaster over the workers barking out orders and correcting mistakes. Empowered workers usually work in teams and are given the authority to make decisions about what plans will be carried out and how. Empowered workers have the support of managers who will assist them to make sure the goals of the organization are being met. It is generally thought that workers who are involved with the decision-making process feel more of a sense of ownership in their work, take more pride in their work, and are better performers on the job.

By the very nature of directing, it should be obvious that the manager must find a way to get workers to perform their jobs. There are many different ways managers can do this in addition to empowerment, and there are many theories about the best way to get workers to perform effectively and efficiently. Management theories and motivation are important topics and are discussed in detail in other articles.

Controlling:
The controlling function involves the evaluation activities that managers must perform. It is the process of determining if the company’s goals and objectives are being met. This process also includes correcting situations in which the goals and objectives are not being met. There are several activities that are a part of the controlling function.

Managers must first set standards of performance for workers. These standards are levels of performance that should be met. For example, in the modular home assembly process, the standard might be to have a home completed in eight working days as it moves through the construction line. This is a standard that must then be communicated to managers who are supervising workers, and then to the workers so they know what is expected of them.

After the standards have been set and communicated, it is the manager’s responsibility to monitor performance to see that the standards are being met. If the manager watches the homes move through the construction process and sees that it takes ten days, something must be done about it. The standards that have been set are not being met. In this example, it should be relatively easy for managers to determine where the delays are occurring. Once the problems are analyzed and compared to expectations, then something must be done to correct the results. Normally, the managers would take corrective action by working with the employees who were causing the delays. There could be many reasons for the delays. Perhaps it isn’t the fault of the workers but instead is due to inadequate equipment or an insufficient number of workers. Whatever the problem, corrective action should be taken. 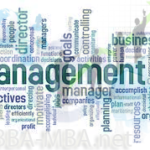